Reduce the heat and glare coming through windows at the centre.

Tintfit were asked by Durham County Council to recommend a product that could reduce the heat and glare coming through the windows. They had received complaints from the vulnerable young people the centre houses and their support workers saying that the rooms were getting too hot from the sun and was making the occupants uncomfortable due to soaring temperatures inside the rooms. Tintfit recommended Reflective Silver 20 which is a highly efficient solar control film but also one of the most cost effective to have installed. We were given the go ahead and installed the film within a week of first contact.

The heat being transmitted through the windows filmed was reduced by 79%. The glare was also reduced by 83% meaning that the rooms were a lot cooler for the occupants. 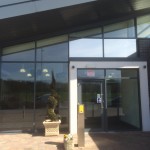 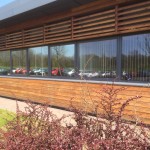