We were contacted by our client who wanted to add privacy to a couple of rooms in Spennymoor Leisure Centre. In some rooms the client wanted one way privacy and in others they wanted 24 hour privacy.  Tintfit recommended using our Reflective Silver 20 window film for the rooms requiring one way privacy because this film is perfect for allowing people to see out the window but prevents people from seeing in during daylight hours. Tintfit also recommended using our Blackout window film for the rooms requiring 24 hour privacy as this film is a solid gloss black from both inside and out that gives total privacy and prevents people from seeing both in and out. We sent the client some samples of the window film and they decided to go ahead with our recommendation.  Tintfit applied our Reflective Silver 20 window film to 9 panes of glass and our Blackout window film to 8 panes of glass measuring a total of 28 square metres. 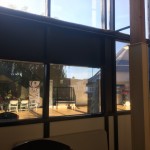 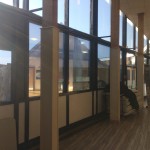 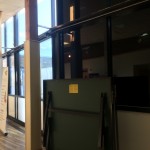 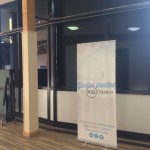