To reduce the temperature and glare on the south side of the building and to prevent heat loss from the north side.

The environmental and sustainability manager then decided to trial what Tintfit had recommended on 1 floor of the 3 floor building. Within a month she was so impressed with the results the other 2 floors were to be completed. In total we installed 630 square metres of film to the south side and 255 square metres of film to the north side of the building. Our fitting team quietly worked around a busy ‘999’ call centre whilst installing this. They have since had huge reductions in energy costs and the building has had a much more stable temperature.

Why did the North East Ambulance Headquarters choose Tintfit?

“The temperature on the south side of the building was unbearable but the north side of the building was freezing cold because of the heat escaping through the windows so we decided to look at our options to combat both problems. We came across Tintfit, and after a successful meeting we decided to trial their recommendations on the first floor of our building. We could feel the difference straight away and within a month we gave Tintfit the go ahead to complete the rest of the building. The fitting team worked quietly around our busy call centre staff while installing the film. Thanks Tintfit, we could not be happier with the results .” 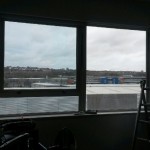 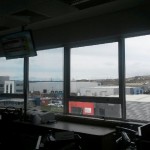 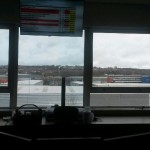 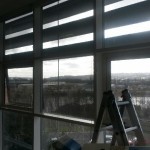 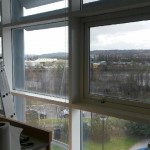 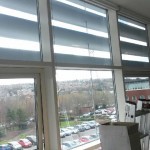