To reduce the temperature and glare on student accommodation on the Northumbria University campus.

Tintfit were contacted by the Northumbria University student liaison team, they explained that they had received a series of complaints from students regarding the temperature of their rooms in several accommodation blocks on campus. All blocks were in direct sunlight for the majority of the day.

After several meetings and an assessment of the buildings, Tintfit recommended fitting a Reflective Silver 20 film to the windows because it is highly effective at reducing solar heat gain whilst at the same time continuing to allow most natural light pass through. Solar glare is greatly diminished and its one-way mirror aspect guarantees privacy whilst affording a modern feel to the exterior of a building. This film has a solar energy rejection of 79% and reduces solar glare by 83%

Why did Northumbria University choose Tintfit?

“We were approached by several students who expressed concern at the temperature of their rooms during daylight hours. As their rooms were in direct sunlight for most of the day the students found that their rooms were very hot and stuffy when they returned from their lectures. We decided to do some research online and came across Tintfit. We gave them a call and we arranged for a representative to come and assess the buildings. He recommended that we used a solar control film due to its high solar energy rejection. We gave the go ahead and Tintfit installed the film a week later. Our students commented that they could feel the difference in temperatures straight away. We are extremely pleased with the work Tintfit carried out and we will be using Tintfit for future projects.” 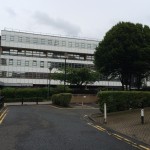 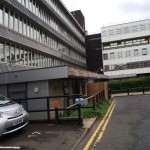 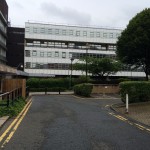